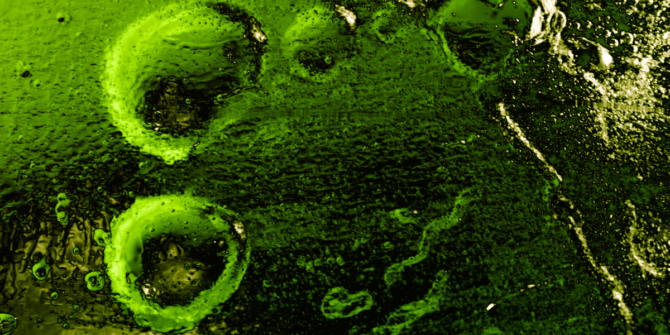 No matter where you live, environmental pollution is a persistent fact of life. We see it in the brown haze on the horizon, the black soot covering plowed snow, the multicolor sheen on waterways. But this is just some of the visible evidence— pollution lives a secret life as well. More and more, environmental toxins are polluting our homes, food and water supplies…and building up inside your body.

One of the most widespread and harmful environmental toxins is the toxic heavy metal mercury. Up to 8,000 metric tons of mercury are released into the environment each year, accumulating at levels that pose serious threats to environmental and public health.

Like so many other industrial toxins, the dangers of mercury are widely known, and yet it’s still widely used—in everything from household items like florescent light bulbs and thermometers, to dental fillings still used today. But mercury is also a major industrial byproduct, mainly from coal-fired power plants. Mercury-laden soot from these dirty power plants travels far and quicky accumulates up the food chain. This process is called bioaccumulation and it makes the mercury even more toxic and dangerous, the higher up the food chain it accumulates.

Signs and Symptoms of Mercury Poisoning

Mercury poisoning is a serious condition. In addition to being a dangerous neurotoxin that seriously damages the central nervous system, the element also impacts vital organs like the heart, kidneys, liver, and others, while hindering the normal abilities of the immune system to defend against viruses and other pathogens. Pregnant women and children are most at risk.

Symptoms of mercury poisoning include:

A study conducted in New Zealand found that people with high levels of mercury suffered fatigue, memory loss, depression, and hair loss. Needless to say, if you are experiencing any combination of these symptoms, see your doctor immediately. A variety of tests are available to help determine your mercury levels.

Even more importantly, there are clinically proven strategies to safely remove mercury from the body and restore optimal health.

While there are many sources of mercury, the greatest danger comes from eating fish. Organisms in the water convert mercury into the even more toxic methylmercury. From there, the toxin creeps up the food chain, with much higher levels found in larger, predator fish like tuna, swordfish, and shark. European regulators have advised pregnant women not to eat more than 100 grams (3.5 ounces) of these types of fish each week. It’s probably not bad advice for the rest of us as well.

This doesn’t necessarily mean avoiding fish entirely. Smaller fish are not considered a significant source of mercury. One interesting study showed that cognition in infants had an inverse relationship with their mothers’ mercury levels. The lower the mercury levels, the better the cognition. The study also noted that women with low mercury levels who ate a lot of seafood had better cognitive-performing children. These mothers simply avoided large, mercury-dense fish.

There are other common sources of mercury as well. We get mercury from smog-filled air, contaminated water, even from some common cosmetics.

While mercury is one of the worst, it’s important to recognize that there are a huge number of other toxins present in our environment, including:

There are a variety of conventional chelation methods that can be used under a doctor’s supervision to remove heavy metals and other toxins from the body. Some work better than others. One of the more common compounds is EDTA, a synthetic amino acid that’s used to treat lead poisoning. Another compound is DMSA, which is used to chelate lead, arsenic, and mercury.

While these can be effective chelation methods, they are also harsh on the body and can cause side effects like headaches, low blood sugar, and even organ damage. A significant problem with all of these conventional chelation methods is that they remove essential minerals such as calcium and magnesium from the body, taking the good with the bad. Obviously, we need to be careful which detoxification agents we use, as the “cure” can sometimes be worse than the condition.

On the other hand, certain natural compounds, nutrients, botanicals and foods help remove mercury and other heavy metals from the body in a much gentler way. These natural solutions support the body’s innate detoxification systems, while binding to the heavy metals and toxins directly for safe elimination.

An important step is to support the body’s ability to make glutathione, a master antioxidant and detoxifier produced by the liver. Glutathione is one of the most important antioxidants for removing mercury. Alpha lipoic acid, vitamin C, selenium, N-Acetyl Cysteine, as well as liposomal glutathione supplements support glutathione production and help detoxify mercury from the body. Sulfur rich foods including whey protein and cruciferous vegetables like broccoli, cauliflower, kale, and cabbage, also support glutathione production and detoxification in general.

Garlic, cilantro, and chlorella, a type of algae superfood, can also help to detoxify mercury and heavy metals from the body. Garlic binds to mercury and helps to pull it from soft tissues such as the digestive tract. Cilantro is a powerful herb to help remove mercury and heavy metals, and its active compounds may cross the blood brain barrier to help remove mercury from the brain and central nervous system. Chlorella is a milder detoxification agent that also helps to pull mercury from soft tissues and support the body’s natural detoxification systems.

One of my top recommendations for advanced, safe chelation and detoxification is a clinically proven blend of Modified Citrus Pectin (MCP) and alginates from seaweed. This toxic metal cleanse formula is clinically proven to remove heavy metals such as lead, mercury, and arsenic from the body without affecting essential minerals. MCP is a special form of citrus pectin that has been modified to a smaller size molecule, which allows it to absorb into the circulation, bind to heavy metals and toxins, and gently remove them. Alginates from seaweed which are another excellent detoxifier. In my clinical experience, MCP and alginates are a powerful yet gentle combination for removing toxic metals from body and preventing the reabsorption of toxins—a big problem in many other detox programs.

One of the common pitfalls of certain detox protocols, is that heavy metals can be taken from one organ, only to be re-absorbed by another part of the body. During heavy metal detox, it’s critical to avoid this game of musical chairs. Once the metals are grabbed by the right detoxification agents, they need to be flushed from the body completely before they re-deposit somewhere else.

That’s why I recommend starting with the MCP/alginates formula for 2-4 weeks. This works to cleanse the circulation and digestive tract and prevents any toxins from reabsorbing. Importantly, it also prepares the body for more deeper, more thorough cleanse using other detox ingredients that increase glutathione production and help the body release toxins from fat cells, tissues, and organs.

For this deeper second phase, I recommend intensive detox support with a total-body detox formula that incorporates many of the glutathione-enhancing ingredients mentioned above, together with other powerful detox herbs such as dandelion and milk thistle.

Even though mercury pollution is becoming more prevalent, we can limit the toxic effects. Watch what we eat, choose natural products, avoid heavily polluted areas if possible, and detoxify using gentle, health-promoting detox supplements on an ongoing basis. Remember, it took time to accumulate heavy metals and toxins, so it takes time to clear them from the body. But with the rates of exposure rising, keeping mercury out of our system may be one of the most important ways to defend your long-term health and vitality.