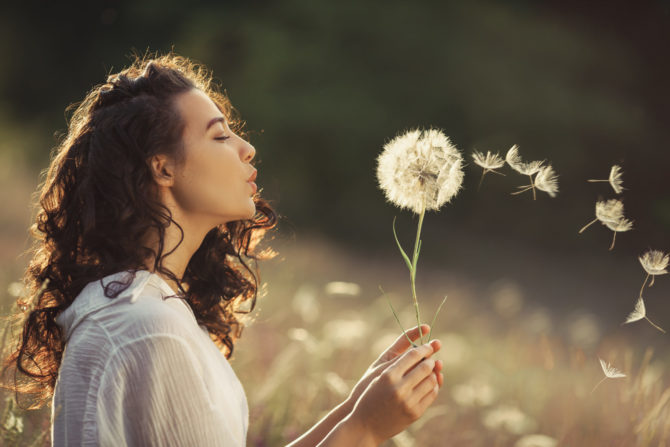 Scientists from the Luxembourg Institute of Health have discovered a previously unknown molecular mechanism that helps boost the immune system. The team has been studying the antioxidant “glutathione,” known for its role in detoxing and cleansing the body of harmful metabolic wastes. During their experiments, they also discovered that glutathione appears to stimulate T-cells’ energy metabolism, which are crucially involved in the body’s immune response. (1)

Here first is some basic information about T-cells. Any toxin or foreign substance that enters the body is known as an “antigen.” The body’s normal immune response to antigens is to produce antibodies, which are proteins specific to each type of antigen. The antigen-antibody response is what eliminates this foreign substance from the body. But when this process is not successful, T-cells are formed through a complicated process called an “adaptive” or “acquired immune” response. (2)

T-cells coordinate multiple aspects of adaptive immunity throughout life, including responses to intracellular pathogens, allergens, and tumors. The adaptive immune system is a subsystem of the immune system, composed of specialized systemic cells and processes that eliminate pathogens by preventing their growth. Thus, they maintain the body’s immune balance or homeostasis. (2)

T-cells are specialized white blood cells known as lymphocytes. When in contact with pathogens, T-cells can grow, divide, and fight off foreign intruders such as viruses or bacteria. T-cells are born from stem cells in the bone marrow. They migrate to the thymus gland, where they mature into several distinct subtypes. T-cells take their name from the thymus gland. These differentiated T-cell subtypes have a variety of essential functions in controlling and shaping the immune response. There are three main types of T-cells in the body, each performing different roles. (2)

As pathogens and T-cells connect, the T-cells wake up and boost their metabolism. This creates greater amounts of metabolic waste through the process of oxidation.  These waste products (such as free radicals) can be toxic to the cells. When the concentration of these oxidants increases, the T-cells have to produce more antioxidants to not be poisoned. The most powerful and important antioxidant in the body is glutathione.

Professor Brenner’s team discovered that the antioxidant glutathione, triggered into production by T-cell activity, serves two essential functions. First, it’s a garbage collector of sorts, disposing of excess oxidants and free radicals. In addition to that, glutathione acts as a key switch for energy metabolism that controls the immune response. Thus, it may be of great relevance in the treatment of various disorders.

For their investigations, Professor Brenner and his team used genetically modified mice. Within the T-cells of these mice, the Gclc gene was removed. The Gclc gene, located on cellular chromosomes, produces an enzyme necessary for glutathione synthesis. The researchers speculated that Gclc deficiency in T-cells might inhibit activation and utilization of glutathione. It turned out that mice lacking the Gclc gene (meaning no glutathione in their systems) developed an immunodeficiency. Without the beneficial glutathione, their T-cells did not become fully functional. (1)

Glutathione is a tripeptide combination of cysteine, glycine, and glutamic acid found in surprisingly high levels of concentration in most cells. As a “master antioxidant,” it plays a vital role in the detoxification of the body by neutralizing harmful free radicals and protecting against oxidative stress. Free radicals are a byproduct of the body’s metabolism, and when they overwhelm the body’s ability to regulate them, a condition known as oxidative stress results. The detoxification process helps to prevent damage to cells, reduce inflammation, and protect against chronic conditions. (4)

In order to maintain a healthy immune system, glutathione levels in the body must be maintained. Reduced levels can be due to several factors, including poor nutrition, environmental toxins, and stress. Its levels also decline with age. Glutathione levels can be managed with nutritional supplements and a glutathione-rich diet that includes spinach, avocados, asparagus, and okra. Perhaps the best indicator of the importance of glutathione is that its cellular and mitochondrial levels are positively associated with health and longevity. (4)

Professor Brenner’s research also highlights the importance of glutathione in the malfunctions of various subgroups of T-cells. Other studies have indicated that T-cell malfunctions may be related to several different autoimmune disorders.

An autoimmune disorder is a condition in which the immune system mistakenly attacks and destroys healthy body tissue. In response to an unknown trigger, the immune system may begin producing antibodies or T-cells that, instead of fighting infections or other foreign substances, attack the body’s own tissues. Although some autoimmune disorders may be genetic or triggered by environmental factors, an explanation for why this happens is generally unknown. There are more than 80 types of autoimmune disorders, including systemic lupus erythematosus, multiple sclerosis, and rheumatoid arthritis. (5)

Science continues to focus on two of the most common maladies occurring in a large portion of the population related to the malfunction of T-cells: autoimmune disorders and uncontrolled cellular growth resulting in tumors. Professor Brenner sees his T-cell experiments as a prelude to a more in-depth investigation of the energy balance of immune cells in general. (1)

His discovery of glutathione as a possible stimulant to the energy metabolism of T-cells indicates that more research needs to be done to better understand the complex relationships of T-cells and the immune response. He suggests that this knowledge might lead to new therapeutic strategies for targeting abnormal cellular growth and autoimmune disorders. (1)