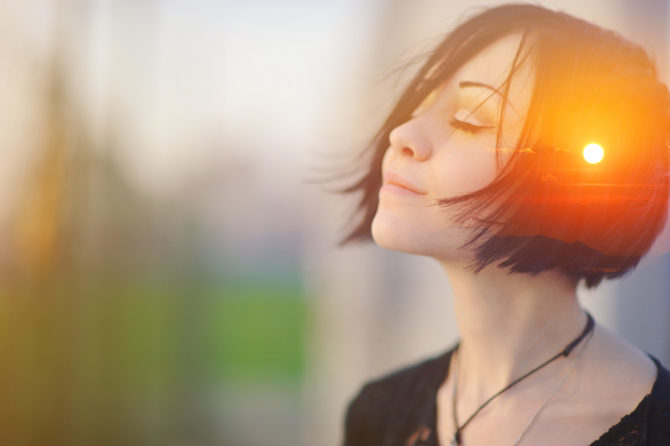 It’s no secret that falling in love affects the heart and brain. Romantic phrases like my heart skipped a beat and head over heels allude to the topsy turvy feeling that falling in love can bring—and that’s no coincidence. While something as intricate and complicated as love can’t be simply defined by physiology, researchers have uncovered some of the science of what this powerful emotion does to the heart and brain.

Love Is Felt In The Brain More Than The Heart

Many of our most common idioms relating to love have to do with the heart. Whether you profess your love from the bottom of your heart or desire to capture the heart of a partner, people most associate this organ with romance. While the heart does play a role in the physiology of love, it’s the chemistry in the brain that creates the feelings we’re most familiar with.

In the early stages of romantic attraction, this biochemistry is often the most pronounced. As thousands of years of poems, songs, and stories can attest, falling in love is a profoundly exhilarating experience. Euphoria, increased energy, hyper-focus on the loved one, and intense emotions are all a part of the experience. Interestingly, these feelings are connected with specific neural activity from chemicals in the brain.

Researchers have categorized the early stages of falling in love in phases: lust, attraction, and attachment. Each of these primarily involves different neural actions that activate specific hormones. We’ll take a look at these hormones to better understand how love affects the brain.

This chemical involves the brain’s reward system and is made in the hypothalamus. In one study, researchers took MRI images of people’s brains in love. They found that certain areas of the brain, rich in dopamine, were most activated. They also believe this chemical plays a part in mate selection, as experiencing the feel-good chemical dopamine around a partner would encourage two people to stick together. A loving look, warm embrace, and physical affection all encourage the release of dopamine. (1)

Because dopamine relates to the reward center of the brain, people are often consumed by the object of their desire during the early stages of falling in love. Some people forget to eat or can’t sleep, while others may prioritize their romantic partner above all else—sometimes even to their harm. The hypothalamus controls many things, including emotions; the dopamine hits of falling in love shut off the prefrontal cortex, the part of the brain that controls rational behavior.

Dopamine, while making us feel good, can also be dangerous. It’s the same chemical that activates when people do drugs or binge eat and has been studied extensively in relation to addiction. This makes sense considering that partners falling in love often become addicted to each other’s company. If things go wrong and the attachment is interrupted, this can result in irrational behavior and withdrawal symptoms. (2)

Similar to dopamine, this hormone is released during the initial stages of attraction. Norepinephrine is also known as noradrenaline, part of the “fight or flight” response. This can explain the surging, overwhelming, giddy feelings of falling in love. (2)

Certain areas of that brain that are involved in forming romantic attachments are also rich in oxytocin. This hormone is key in mammal bonding, whether romantic, parental, or platonic. It’s often called the “cuddle hormone” for this reason, as it’s released during activities like sex, breastfeeding, and childbirth. Its primary role is to bond two people together.

One study examined oxytocin levels in couples at the initial stages of their romance. Their results showed that new lovers had higher levels of oxytocin than single people or after a few months of being in a relationship. (3)

This hormone works in conjunction with oxytocin to form attachments. While the two chemicals are very similar, researchers have identified some key functions of vasopressin. Of note is that vasopressin plays a role in the physical protective behaviors of loved ones. In animals, this chemical is most active right before mating, which is thought to encourage territorial and protective behaviors of mates and families. (4)

Experiencing Love In The Heart

Although the biochemistry of love largely begins in the brain, the heart is largely involved. Many of the hormones and chemicals that begin in the brain have direct effects on the heart.

For example, love may literally be able to heal a “broken” heart. Studies have shown that oxytocin has anti-inflammatory and antioxidant properties, playing a role in tissue repair and converting stem cells into heart cells. It can also help the heart recover after stressful experiences. (4)

Additionally, feel-good chemicals like oxytocin and dopamine can lower blood pressure. One study examined how love can affect stress responses in participants. Researchers asked couples to engage in a public speaking task, split up into two groups. One group had couples engage in a 10-minute period of hand-holding while watching a romantic video, followed by a 20-second hug. The other group simply rested quietly for the same amount of time.

The results showed that the couples had lower blood pressure and increased heart rate during their speaking task when compared with the no-contact group. This gives evidence to the theory that support and love from a partner can support a healthy heart. (5)

Additionally, the rapid heartbeat of those falling in love may be triggered by norepinephrine. While it can cause higher levels of the stress hormone cortisol, researchers also note that this stress response may play a part in alertness and increased attention needed to develop the romantic attachment and secure a relationship. (6)

Love Is Good For The Heart And Brain

Love is an integral part of the human experience. While parental and friendship love can be fulfilling, there’s nothing like romantic love to light up the brain and stimulate the body. With the capacity to support and heal the heart, lifting feel-good chemicals in the brain, and preluding the heart-healthy exercise of sex, falling in love—and continuing to build a loving partnership—can have profound physical and mental health benefits.