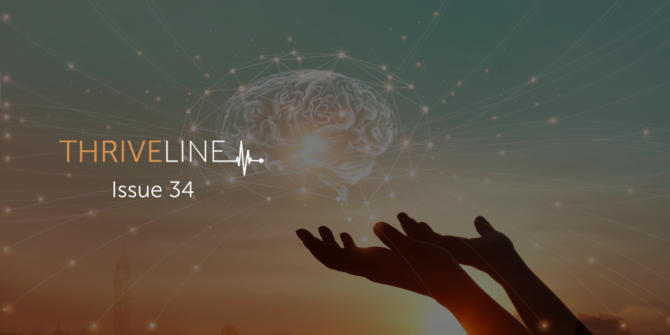 Do you ever feel like you’re walking around in a thick fog? Maybe you can’t recall the name of someone you’ve known for years…or you’re noticing that simple mental tasks take longer than they used to…

While they might seem like no big deal, these seemingly minor brain slips may actually be the first signs of serious cognitive decline. And if you think you’re too young to start worrying about that, think again.

Cognitive loss is on the rise. And it’s hitting younger and younger populations.  Yes, memory loss is a top symptom. But it can also show up with signs like:

These and other related issues mean your brain needs support. They can also be early red flags signaling the development of Alzheimer’s disease or dementia down the road.

Alarmingly, Alzheimer’s disease is skyrocketing in younger adults. For example, new diagnoses of Alzheimer’s has tripled in people under age 65 since 2013… In people aged 20-44, the disease has risen 373%. And in Americans aged 45-64,  58.7% reported difficulties due to cognitive problems.1,2

Your brain is particularly vulnerable to a wide range of common toxins you’re exposed to regularly.3 Some of the biggest culprits include heavy metals such as lead, cadmium, and mercury that show up in our food, water, and surrounding environments. These toxic metals can find their way into your brain and nervous system, trigger neuroinflammation and harm your cognitive function.

Research shows a close link between toxic heavy metals and Alzheimer’s disease and dementia. These toxins can damage your brain in several ways:4,5

Mycotoxins – poisons produced by mold – are also a problem for brain function and can play a role in Alzheimer’s.6  Mycotoxins can be found nearly everywhere,  from packaged foods to damp indoor environments. Many people have trouble naturally detoxifying mycotoxins, leading these harmful toxins to cause lasting harm to the brain and body.

In today’s world, it’s practically impossible to avoid exposure to these and other toxins. And many researchers theorize that these common pollutants can accelerate Alzheimer’s disease—so it strikes younger, and progresses faster.7

Your body has natural detox mechanisms, but we didn’t evolve to handle this level of exposure we face today. In my practice, I rely on natural detox agents that gently and effectively help to reduce toxic body burden of heavy metals, environmental toxins and other pollutants, to protect long-term health—including brain function.

Inflammation inside the brain (neuro-inflammation) is a major contributor to cognitive loss, and other serious neurological conditions.8 To reduce neuro-inflammation, you need to address one of its primary triggers: alarm protein galectin-3.

When the body is under stress, galectin-3 signals your immune system, ordering it to produce inflammation as a response. However, many times this inflammation can’t turn off on its own, and ends up harming the brain in various ways, such as:9,10

In fact, researchers now theorize that galectin-3 plays a key role in Alzheimer’s… and that blocking it may counteract the formation and progression of this devastating neurological disease.11

By triggering neuro-inflammation, galectin-3 sets off a cascade of biochemical reactions that can contribute to Alzheimer’s disease. The disease can progress slowly, and begin in the brain earlier in life than scientists realized, whittling away at brainpower in seemingly minor ways. Before you know it, these changes can accelerate into dementia.

Another study showed that all subjects with Alzheimer’s had significantly higher levels of galectin-3.13 This finding led to the conclusion that galectin-3 testing could help identify Alzheimer’s in its beginning stages, while there’s still time to intervene.

This is where a groundbreaking new study on the use of galectin-3 blockers in cognitive impairment becomes so significant. This new study included patients with type 2 diabetes and resulting mild cognitive impairment… and significantly higher levels of galectin-3. Diabetes is a well-known risk factor for dementia. In fact, Alzheimer’s disease has been referred to as Type 3 Diabetes because of the close connections between glucose imbalance, neuroinflammation and cognitive decline.

In this groundbreaking new study, researchers showed that modified citrus pectin, the most-researched galectin-3 blocker, inhibited the actions of galectin-3 and reversed learning and memory problems in a type 2 diabetes animal model.14

If you’ve been noticing an increase in memory lapses… difficulty concentrating… or other signs that your brain needs more power, these five strategies can offer targeted support.

By blocking galectin-3, MCP can help:17

With over 60 published studies to date, MCP delivers a broad spectrum of powerful health benefits, including support against cancer and metastasis, cardiovascular and kidney disease, and general aging. Most of these benefits come from its unique ability to inhibit galectin-3 and support optimal healing and repair throughout the body.18

Pure honokiol is a powerful, multifunctional extract, with potent natural antioxidant and anti-inflammatory benefits. It is extensively researched for its neurological support and protection, and demonstrates targeted benefits for brain health and function.

Studies show that honokiol can reduce neuroinflammation and protect against oxidative damage, offering vital protection for the brain. Pure honokiol has the unique ability to cross the blood-brain barrier and inhibit inflammatory compounds to fight cognitive decline.19-22

Research also shows that honokiol and MCP work synergistically together. This strategic combination offers increased anti-inflammatory and antioxidant effects and delivers even more support and protection for cognitive function and overall health. 23

3. Diet for a Better Brain

The foods you eat have a direct effect on your brain. Research shows that foods high in antioxidant and anti-inflammatory compounds can support optimal cognitive function.

Foods with specific brain-boosting properties include:,,

One of the simplest and best ways to boost your cognitive function is with regular exercise. In fact, physical inactivity is a primary risk factor for Alzheimer’s disease… and on the positive side, regular physical activity may be one of the best interventions. Aerobic exercise and dance can be especially beneficial for improving brain function.

Chronic stress floods your brain and nervous system with cortisol, the main stress hormone—with serious impacts to brainpower. Have you ever tried to think clearly under high stress? Even chronic, low-level stress can increase inflammation and drain your brain power.

Meditation is one of the best methods for relieving stress and increasing brain power and executive function. One study found that even just 12 minutes a day of meditation could improve brain function and combat memory loss in subjects with mild cognitive impairment.

Many people accept cognitive loss as a normal part of aging. But the truth is, “senior moments”—regardless of your age—are actually a sign that your brain and body could use some additional support. With these researched strategies, you can optimize your brain, and overall health, while you continue to make memories that last a lifetime.