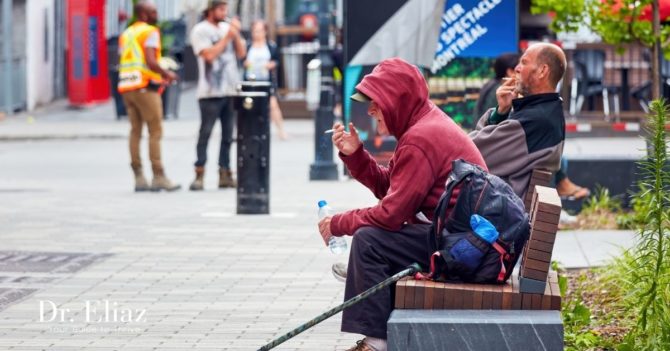 A research study conducted by a Canadian organization has found an effective way to help others, especially those dealing with homelessness: give them cash.

Foundations for Social Change is a charitable organization based in Vancouver BC. Its aim is to create creative solutions to help vulnerable people in Canadian communities. In a groundbreaking project called the New Leaf Project (NLP), homeless participants were given a one-time cash transfer of $7,500. The NLP project joins many other studies being conducted around the world, which are exploring the concept of cash transfers as a way to help others rise above the poverty line. (1)

A Study Designed To Help Others

While the thought of giving a large sum of money to a homeless person may seem absurd to some, the NLP’s goal was to provide scientific research that proved the opposite. Partnering with the University of British Columbia, the study would include a control group to scientifically evaluate the data.

A total of 115 participants were screened for eligibility and selected based on a few determining factors. Those factors include being recently homeless and living in a temporary shelter, with a low risk of mental health challenges or substance abuse. Half of the participants were then given a lump sum of $7,500 by cash transfer and subsequently monitored for 1 year.

Over the course of the 12 months, the study participants had to complete questionnaires and interviews about their experience. They were given no restrictions on how the money was to be used. Additionally, extra support in the form of counseling and workshops for self-development was offered randomly to participants. At the end of the study, data was collected, and scientifically evaluated, to truly understand the impact of the New Leaf Project. (2)

The Results Of The New Leaf Project

Through interviews and questionnaires, Foundations for Change gathered important data throughout the NLP project. At the end of the study, the results spoke for themselves: the cash transfer had a profound and positive impact on participants. The results were measured in housing stability, spending, food security, savings, reliance on social services, and spending on temptation foods.

Over the course of 12 months, the cash group in total spent 4,396 fewer nights homeless than their counterparts. The first month of their cash infusion, in fact, saw a drop in days homeless from 77% to 49%. Alternatively, those without the cash increased their days spent homeless from 64% to 78%. The data shows that a lack of cash may indeed be what keeps people from moving into stable housing.

A common concern with the idea of cash transfers is that recipients will spend the money frivolously or impulsively. This was simply not the case in the NLP study. After the first month of the study, the cash group still had an average of $4,000. Throughout the 12 months, they retained about $1,000. This shows that those who receive a cash transfer will not spend it all at once.

The way they spent their money also had significant results. Similar to concerns about money management, many assume that those experiencing poverty are frivolous with their spending choices. Concern that cash recipients would spend their money on alcohol, cigarettes, and drugs was unfounded in the NLP project. In fact, there was a 39% reduction in the amount of money participants spent on alcohol, cigarettes, and drugs.

The Cost Of Shelter

The results of shelter cost prove that the cash transfers pay for themselves–and then some. By helping participants find their own housing using money from their cash transfer, shelter costs were reduced in total by $8,172 compared to the non-cash group. This pays off the cost of the cash transfer while providing homeless people with dignity, autonomy, and self-reliance. (2)

The Future Of Universal Basic Income

The results of the New Leaf Project are promising for Foundations for Change. Their long-term goal is to provide radical strategies based on scientific evidence that can solve the homelessness problem in Canada, North America, and beyond. They hope to host an expansion project from 2021-2023 that increases the number of participants and gives additional resources to the non-cash control group. This will provide more data on how cash transfers can help people get out of poverty, enabling them to contribute to their communities and enjoy a productive life. (2)

CEO of Foundations for Change Claire Elizabeth Williams was once an Environmental Consultant. When she met co-founder Frans Tjallingii, they brainstormed the idea of creating an organization and program that would provide a basic income to those experiencing homelessness. The idea was, in part, sparked by a TED talk by journalist and historian Rutger Bregman. “Poverty is just a lack of cash,” Bregman told NPR. The concept of a universal basic income–enough money to pay for food, shelter, and education–has been proven in various studies around the world.

Bregman suggests that all society would win from such an arrangement. Not only would it place less stress on the rich–as the cost of addressing poverty is huge–but it would allow poorer people with useful talents an opportunity to contribute to society in a more profound way. (3)

The idea is gaining popularity. One such program in the U.S., GiveDirectly, sends funds directly to the world’s poorest people from generous donors. The research shows that assisting people in concrete ways–with the cash they need to fulfill their basic needs–can profoundly affect society for the good. As more data is gathered, basic income may be within reach of all global citizens to achieve their potential. (4)