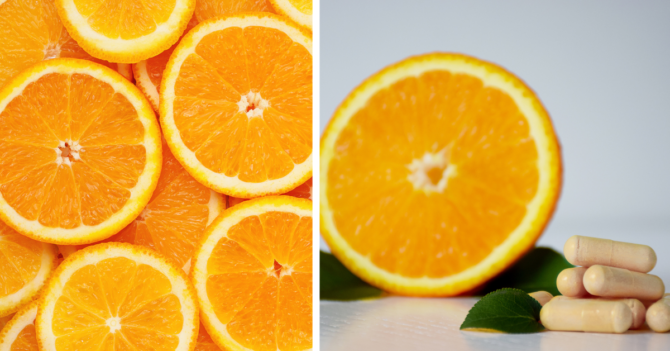 Modified citrus pectin has the potential to be a life-changing solution for people fighting cancer or other chronic, inflammation-based conditions. Modified Citrus Pectin can help fight numerous diseases and bring people back to a healthy state.

This change involves taking regular pectin and making the molecules smaller, with a special enzyme- and pH-controlled process to break them up. The original form of MCP that Dr. Eliaz helped develop over 25 years ago, contains the correct size and structure that’s been clinically shown to be effective.

Ongoing research over the past 25 years has shown that MCP can prevent cancer cells from growing and metastasizing. It is also shown to benefit the immune system, reduce inflammation and fibrosis (uncontrolled scar tissue build up inside the body), remove toxins and heavy metals, and support numerous key areas of health.

In this article, we’ll explore some of MCP’s exciting benefits and how it can be used as a natural health solution. For more information, check out The Unique History and Extraordinary Future of Modified Citrus Pectin by Dr. Isaac Eliaz, M.D., M.S., L.Ac.

MCP has long been known for its potential to fight many different types of cancer, but as scientists complete more research on MCP, it has become clear that it can do even more.

Studies have shown that MCP is helpful in treating conditions that involve inflammation and fibrosis including:

How can a substance taken from an orange peel do so much, you may ask?

It all comes down to MCP’s ability to block the effects of galectin-3, a protein in the body that is beneficial inside the cell, and in small amounts outside the cell. However, galectin-3 can be devastating if it gets out of control, which can happen easily as a result of illness, injury, and even just normal aging.

The clinically researched form of MCP that Dr. Eliaz helped to develop can stop and sometimes reverse the effects of galectin-3 in the body. It is currently the only agent available that can effectively block galectin-3 and halt the damage it causes.

Other Benefits of Modified Citrus Pectin

In addition to fighting cancer, preventing fibrosis, and blocking galectin-3, MCP can do still more. MCP is also helpful in detoxification by removing many heavy metals, environmental toxins, and radioactive isotopes from the body.

Furthermore, MCP can also enhance the effects of other treatments. For example, when MCP is combined with cefotaxime, an antibiotic, it is shown to strengthen cefotaxamine’s effects against six methicillin-resistant Staphylococcus aureus (MRSA) strains that were analyzed.

And MCP complements and enhances the benefits of some chemotherapy drugs, radiation therapy, and even botanical treatments for cancer. This can allow for better outcomes from conventional treatments, with potentially fewer side effects.

Side Effects of Modified Citrus Pectin

Are there any side effects from taking MCP?

Some people may experience mild digestive discomfort at first, related to the fiber content. These are minimal and often resolve themselves after the initial adjustment period.

In 1992, Dr. Avraham Raz, a researcher at Wayne State University, was the first to publish research on MCP. Dr. Raz showed that pectin could be modified and used to fight cancer.

MCP’s anticancer actions come from its unique ability to bind and block galectin-3.

Because galectin-3 drives cancer growth through multiple mechanisms, it’s a critical target in cancer prevention and treatment. If you can take away the cancer cell’s ability to communicate, you basically pull the plug on its power supply. If cancer cells cannot spread or feed themselves, they will eventually die.

And that is what MCP does. When MCP ties up galectin-3 on cancer cells’ surfaces, it can disable their ability to communicate, feed themselves, or grow. MCP’s ability to bind to galectin-3 makes it a powerful weapon in blocking the spread of cancer.

Several studies have shown that MCP is effective in slowing the growth of prostate cancer. The first was conducted by Dr. Isaac Eliaz and Dr. Stephen Strum in 1995 and 1996. In the small pilot study, seven patients whose prostate cancer had returned after local therapy received 15 grams of MCP a day for 12 months. Four of the seven patients had a lengthened prostate-specific antigen doubling time (PSADT) of more than 30%. PSA doubling times shows how quickly prostate cancer is growing. When the PSADT lengthens, it shows that cancer growth is slowing down.

This pilot study led to a longer and more controlled phase 2 study involving 10 patients in December 2003. The results of this study were very promising, with 80% of the patients showing a significant slowing in the rise of their PSA. This showed that the cancer was slowing down. And 70% of the patients more than doubled their PSA doubling time. This considerably lowers the risk of premature cancer death.

A 2018 double-blind clinical trial on men with biochemically relapsed prostate cancer showed additional promising results for MCP.  68% percent of the patients in the trial showed a slowing of disease progression after taking MCP for six months. When results were updated after 12 more months of MCP treatment, they were even more impressive: 65% of patients had no disease progression at all, and 50% of patients’ PSA doubling time lengthened compared to the beginning of the trial.

Research from Columbia University in 2010 demonstrated how MCP achieves such amazing anti-cancer results. Laboratory results suggested that MCP can suppress cell expansion and cause apoptosis, which is programmed cell death, in prostate cancer cell lines. It can do this in both androgen-dependent and androgen-independent cells.

The number of new breast cancer diagnoses is higher than ever, and the demand for effective, natural solutions is likewise increasing. Fortunately, MCP also has very important benefits in the treatment of aggressive breast cancer.

A 2002 in vivo breast cancer study showed that MCP treatment prevented tumor growth. Different doses of MCP were tested, and the higher the dose, the stronger the results.

The patients received 5 grams of MCP three times per day. After 16 weeks, the majority of the patients reported improved quality of life and reduced pain. One of the 49 patients with advanced prostate cancer had a 50 % decrease in his PSA level over the 16-week period. These initial research results reflect what practitioners often see when using MCP with their patients, including significant reduction in disease markers.

In these cases, as with prostate cancer, Modified Citrus Pectin alone is not a treatment for cancer. MCP is an important addition to conventional therapies, not a replacement for them. When MCP is used in partnership with other treatments, incredible results are possible.

Beyond fighting cancer, MCP has further uses in combating diseases caused by inflammation. Excess galectin-3 plays a prominent role in inflammation and fibrosis, which leads to many chronic diseases.

Many studies have shown how galectin-3 can cause inflammation and then fibrosis in organs, such as the liver, kidneys, and heart. Uncontrolled inflammation causes a buildup of scar tissue, which hardens tissues and organs. This can lead to many chronic and deadly disease states, including heart failure and cardiovascular disease, kidney failure, and more. MCP combats this by binding to galectin-3 and interrupting fibrosis, protecting organs from both inflammation and fibrosis.

MCP’s binding effect on inflammation-causing galectin-3 is also promising for patients with arthritis. Galectin-3 is present in the inflamed joints of patients with rheumatoid arthritis. This suggests that the protein is associated with the development and progression of this degenerative disease.

Although the scientific community has found many uses for modified citrus pectin, many of its applications remain unexplored. Scientists continue to research MCP’s effectiveness in areas where galectin-3 has a role.

While this article has covered several of modified citrus pectin’s applications, MCP can offer so much more! For an in-depth report on MCP, including full references, check out The Unique History and Extraordinary Future of Modified Citrus Pectin by Dr. Isaac Eliaz, M.D., M.S., L.Ac.

What is modified citrus pectin?

Modified citrus pectin is a dietary supplement taken from pectin, which is found in the peels of citrus fruits. It has been changed to make it easier for the body to absorb in the gut. Because it is a natural binding agent, MCP needs to be taken on an empty stomach so that it can absorb into the bloodstream. Food may bind to the MCP and prevent it from absorbing. MCP can be taken in the form of a capsule, chewable wafer, or a powder dissolved in liquid.

What is modified citrus pectin used for?

Modified citrus pectin can prevent cancer cells from growing and metastasizing. It has also been shown to benefit the immune system, reduce inflammation and fibrosis (uncontrolled scar tissue build up inside the body), remove toxins and heavy metals, and support numerous key areas of health including cardiovascular, kidney and liver health.

Is modified citrus pectin a prebiotic?

Yes, modified citrus pectin is considered a prebiotic. Prebiotics encourage healthy bacteria to grow in the gut. They can be found in many fruits and vegetables, especially ones that contain complex carbohydrates.

Your body cannot digest prebiotics, so they pass through your stomach and become food for the bacteria in your large intestines. One study showed that MCP reduced E.coli infection toxicity, through prebiotic actions.

What is the best brand of modified citrus pectin?

Only one form of modified citrus pectin has been extensively researched and clinically proven to be effective. This is the MCP that Dr. Eliaz helped develop over 25 years ago. More than 60 studies have demonstrated its benefits, including supporting optimal immune function, promoting healthy tissues and cells, and providing comprehensive oncology and longevity support.