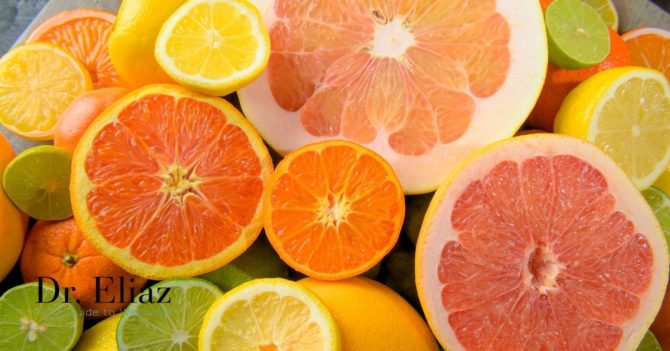 Modified Citrus Pectin (MCP) offers a host of benefits including reducing heavy metals in the body without harsh side effects caused by other treatments. The immune-enhancing effects of MCP are even greater than that of medicinal mushrooms!

This is about the benefits of modifieds it respecting in the realm of cancer for oncology, but it has many other very dramatic benefits. A lot of which were discovered really lately. What are some of those? Can you touch on some of the other benefits? Yeah. Yes. We know that because of the structure of modified it respecting it is a very powerful collator of heavy metals and it selectively binds to heavy metals without depleting the essential minerals. We have demonstrated this in, I think, three different clinical trials showing the dramatic effect in reduction of lead in children with lead poisoning, total body burden of mercury, cadmium and arsenic without depleting minerals. It’s a very safe, gentle kelating agent. You use modifieds, it respecting you will not get the regular side effect of using harsh kelators that I use intravenously for the collating purposes. When you combine it with modified alginates, you can get a more powerful effect because the alginates are preventing the reabsorption of the heavy metals.

00:01:11
That’s one area that I’ve already established the research about the last day would say seven, eight years. I just published it paper about two weeks ago with a group from Indiana medical school and from the USDA, it is based on a discovery. In assumption I had many years ago, they demonstrated that modifies it with spectrum is one of the most powerful immune enhancers. We took blood of healthy volunteers, and we showed that it increased the level of cytotoxic T cells that can fight cancer by 160%. It activated natural killer cells, 10 fold dramatically stronger than interlocking two. When we took this natural killer cell that is activated and we checked, if it changed the activity against cancer, by testing them against leukemia cells, we had a 50% increase in the activity as well. It’s really, I do a lot of work with medicinal mushroom and were surprised that immune enhancing effect of MCP was stronger than the immune enhancing effect of medicinal mushrooms.

00:02:21
There’s something which is more dramatic about MCP. And it’s important. Philosophically for me, especially from coming from a holistic point of view, it’s important for somebody who is a clinician, a healer, but also an inventor and a researcher not to get too attached to the invention in McClean. If you use a lot of things that I have now, especially in the last few months, come to recognize that modifies it to spec is one of the most important, if not the most important supplement to take. He was the way the topic of galectin three is one of the hottest topic in research. Now to give you a sense, Scott, there’s the paper, every 36 hours on galectin three, a peer review paper where they’re finding out is that galectin three is involved in the repair of injury. In the process, when it gets elevated, it produces chronic inflammation and fibrosis.

00:03:16
Almost every chronic disease is associated with elevated galectin three activity, Liberty roses, kidney failure, pulmonary hypertension, gastrointestinal illnesses, and very dramatic cardiovascular disease and heart failure. Patients with heart failure, it, their galectin three levels are higher than the other groups. Their mortality rate is three, four times greater more than this. An epidemiological study just published on 8,000 people showed when they looked at them and they look at their levels of collecting three and they divided into five groups of the lowest 20%, 20 to 40 to 60 to 80 to a hundred. They compared the general mortality. How many people will die? What percentage in 10 to 12 years from the lowest levels to the highest levels. And this is a normal population. They found out that while the lowest level, about 4% died in the highest level, 15% diet. It’s it’s between triple and quadruple the death rate.

00:04:26
Now what’s amazing about it. An essay was developed for checking circulating. Galectin three levels is a risk factor for progression of how disease in soon with more data, I expect it to be expanded, to cover also for cancer risk and for progression of cancer. It is an FDA approved test covered by all insurances now, including Medicare. Here we have a molecule that causes inflammation similar to C reactive protein, but a grew, a greater importance. The only thing that can address it is a natural agent modifies it, respecting a pep, a paper published this March in a very good journal, showed that the modified so to speak in that I developed was able to reduce and eliminate kidney damage due to artificial kidney injury in a very elegant animal study. In the same time it reduced the expression of galectin three. For me, it’s like dream come true because I know the benefits of it.

00:05:31
A lot of them are my discoveries. I did the research for so many years now, even established tests that anybody can take and most laboratories are doing it, or we’ll do it shortly. And we have a natural agent. That’s why I recommend MCP, modifies it with speaking for everybody, for the general population, with no risk factors, five grams a day is enough, and everybody should take it because everybody either has heavy metals. We enjoy, we enjoy supporting the immune system has different injuries that can cause damage. Over as we age, galectin three naturally go up. That’s the maintenance, if you have no health problems, but when you do a blood test, your galectin three levels are elevated beyond 14. You should take 10 grams a day. If they are beyond 15, you should take 15 grams a day. Of course, if you have cancer or your after treatments, if you have coronary artery disease, cardiovascular disease, hepatitis, any inflammatory illness or highly elevated, galectin three, you should take the full dose of 15 grams pretty much for life because it doesn’t remove the galectin-3.

00:06:49
It just neutralizes its detrimental effects.