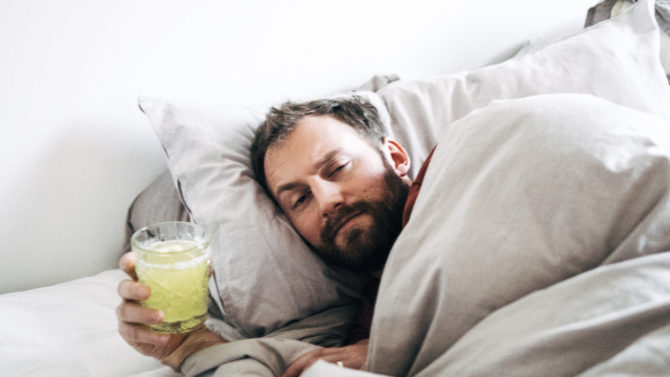 If you’ve got a sore throat, it’s probably not strep throat, even though that’s the usual suspect. While infection by harmful Group A Streptococcus bacteria is more common during the winter, most sore throats are actually caused by viruses, according to recent guidelines published by the Infectious Disease Society of America. Of the 10 million Americans who are prescribed antibiotics for a sore throat each year, only about 2 million actually have a bacterial infection, such as streptococcal pharyngitis or strep throat, that is susceptible to the medication. For the rest, the antibiotics are ineffective and may actually hinder the body’s healing efforts.

Signs of bacterial throat infection include sudden onset of throat pain and fever without other upper respiratory symptoms such as runny nose and cough or mouth sores. Have your doctor confirm the diagnosis with tests. If left untreated, it is possible for bacterial infections to cause serious complications, especially in children or those with weak immune systems.

However, some health experts believe that antibiotics are not always necessary to treat strep throat: With enough rest and other healthy steps, the body can resolve the infection within a week or so. Regardless of whether you decide to take antibiotics for a bacterial infection, there are a number of helpful natural remedies that can be taken alone or combined with antibiotic drugs. These healthy solutions help boost immunity, relieve symptoms and speed recovery. Furthermore, they help treat the more common viral infections that actually cause the majority of upper respiratory symptoms.

Garlic: This potent antimicrobial can actively fight bacterial infections, boost immunity against viral infections and relieve symptoms. Simmer four or five cloves of raw garlic in 8 to 12 ounces of water for five minutes to make a soothing, potent tea. For flavor, you can also add raw honey, which has strong antibacterial and immune-boosting properties.

Yin Qiao San Chinese Formula: This traditional herbal immune formula can be found in health food stores and Chinese herbal retailers. The combination of Chinese herbs, including honeysuckle flower, forsythia fruit, reed rhizome and burdock seed, works to boost immunity against viruses, fight bacterial infections such as strep, soothe symptoms and support healing. This formula works best when taken at the onset of illness. Dosages on the bottle can be doubled for acute symptoms.

Medicinal Mushrooms: Medicinal mushroom species such as reishi, cordyceps, maitake, coriolus, agaricus, umbellatus and others increase natural killer cell activity and support immunity against viruses, bacteria and other foreign invaders. They also speed recovery by helping to strengthen areas of the body that are weak due to stress, injury or illness; improving digestion, circulation and vital energy; removing toxins; supporting healthy responses to inflammation; and increasing antioxidant activity. For acute illness, take up to 4 grams two to four times daily.

Probiotics: The probiotic strain Streptococcus salivarius (also called BLIS K12) is part of the normal bacteria of the mouth and throat. When taken as a probiotic supplement, it helps to fight harmful strep bacteria and restore normal balance. It also shows antiviral activity by increasing interferon production, a key antiviral protein that stimulates the immune system. BLIS K12 has anti-inflammatory benefits and fights tooth decay. It is available as a dietary supplement.

When fighting viral or bacterial infections with natural remedies, it’s important not to forget the traditional standbys: vitamin C and zinc. Vitamin C helps reduce symptoms, soothes mucus membranes and boosts immunity against bacteria and viruses. I recommend 2 to 5 grams per day during acute illness. Zinc lozenges are also very helpful. Look for a brand that is sweetened naturally, with 10 to 15 grams of zinc per lozenge and containing other soothing herb extracts such as marshmallow root or cherry bark. These can help relieve sore throats while boosting immunity. Take every three to four hours as needed.

Sore throats can be painful and annoying, but they can also lead to more serious complications if not addressed properly. Whatever your choice of treatment, get plenty of rest, drink lots of fluids and eat soothing, nutritious foods such as hot soups that are gentle on irritated tissues. You’ll be feeling better soon!